An idea came to me about a different kind of yarnbomb than I had ever seen, one that looked like a spiderweb. The only question was where to install it and how to construct it. 2 weeks later, while scouting out locations, I stumbled upon the Sasquatch Cave in the Playgrounds of Lizard's Mouth in the mountains of Santa Barbara and from there things moved quickly. Within days I packed up my headlamps, fishing line and what I believed to be a sufficient amount of yarn to complete the job, and headed up to the target. With the help of my business partner, under the cover of night, I installed the Sasquatch Spiderweb covering the entire opening to the cave.
Less than 15 hours later a man and his 4 children ripped it down because they claimed it was "unnatural." 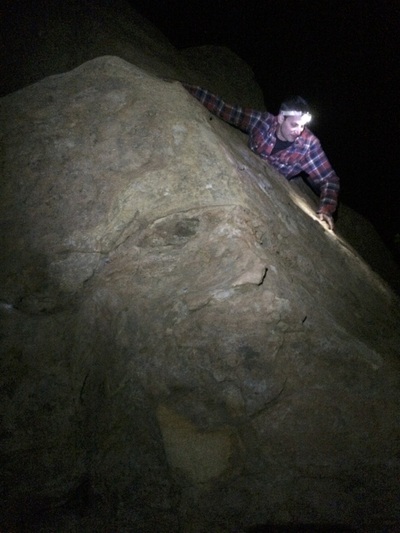 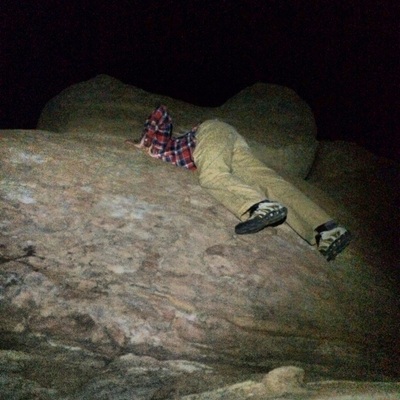 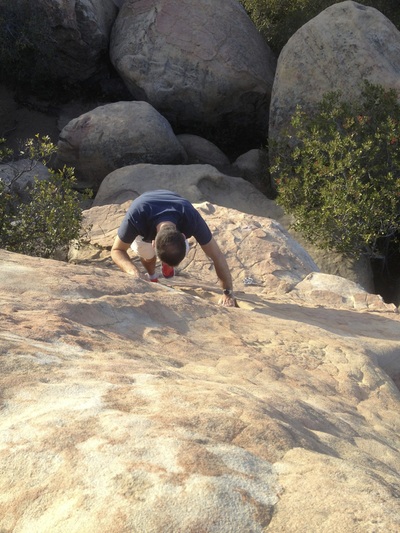 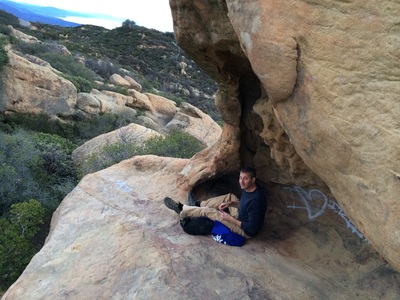 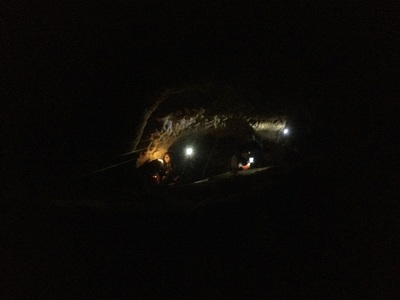 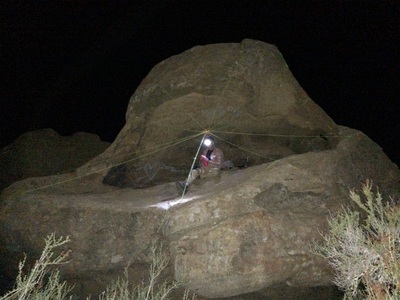 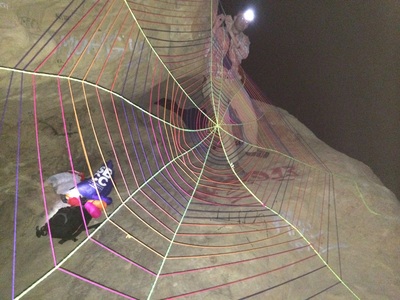 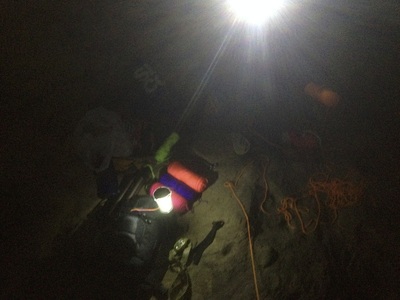 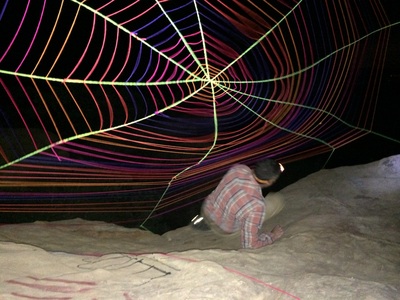 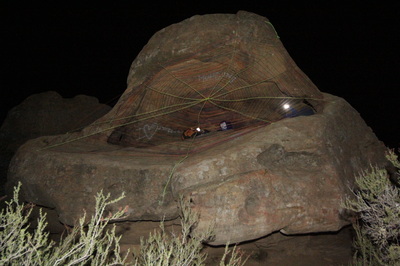 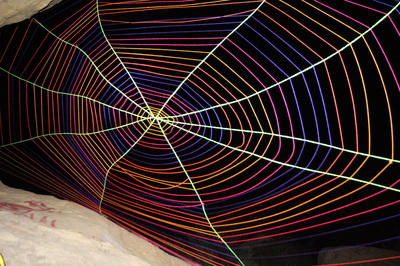 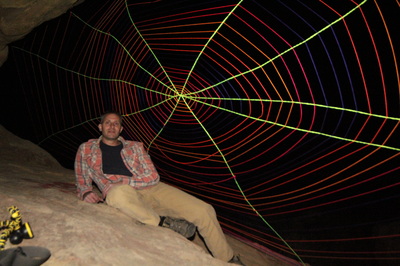 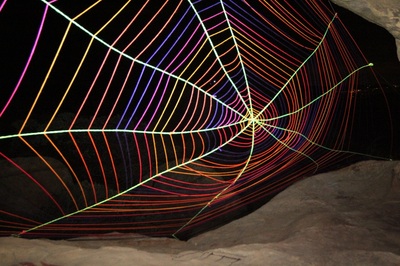 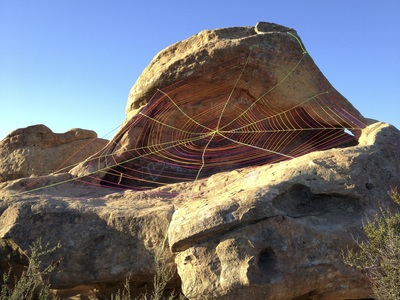 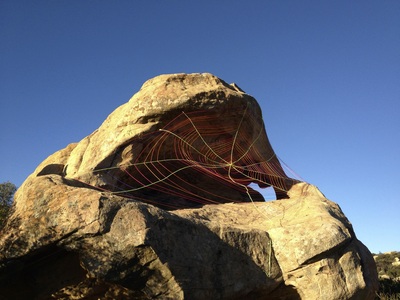 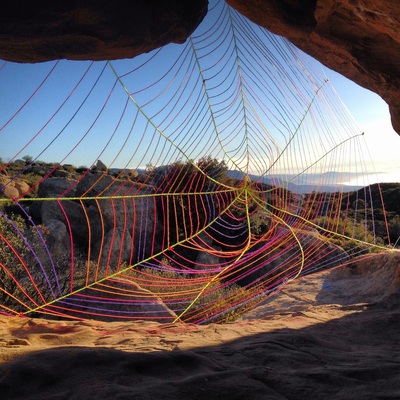 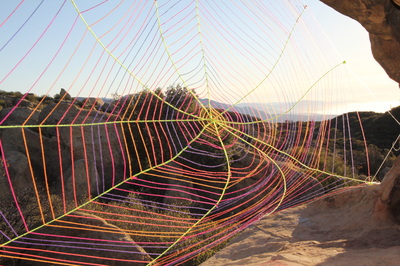 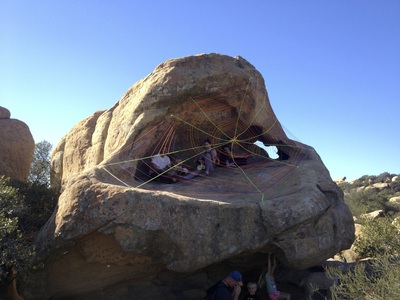 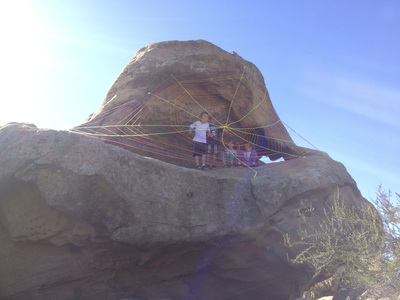 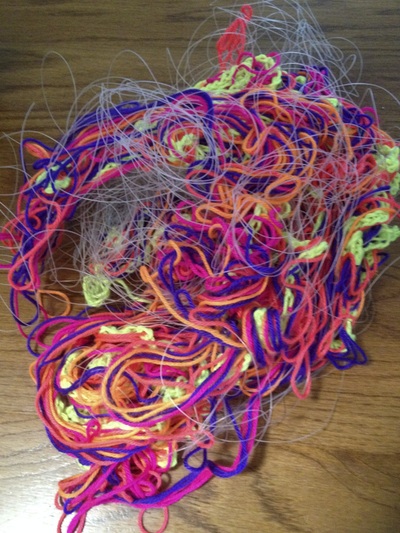 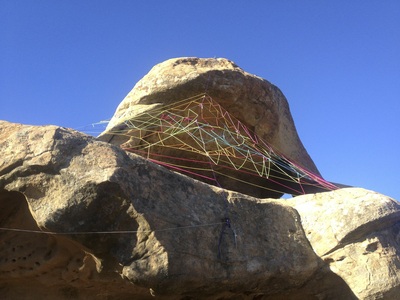